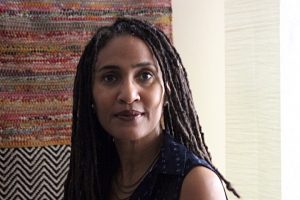 Alice Y Traore is a learning communities facilitator and curriculum designer for DDEEA’s Learning Communities for Institutional Change and Excellence. Alice has been an employee of the UW System since 2000–first at UW-Milwaukee and currently at UW-Madison. Within higher education, she has worked in student affairs, academic affairs and multicultural affairs. Participating in the following institutes has significantly influenced her current work: Social Justice Training Institute (SJTI), and the Midwest Academy (Organizing for Social Change) and the Equity and Justice Institute. Alice earned a master’s degree in creative writing from Illinois State University. Writing provided a platform for the exploration of race and gender; however, it was several years later that she began to pry at the mask she’s been socialized to wear as a cisgender Black woman in the U.S. As a learning communities facilitator, Alice’s goal is to develop curriculum that centers the experiences of marginalized individuals and assists them on a journey toward liberation—as she, herself, attempts to become a free Black woman.